0
By What Therapy Guest Writer

Many parents who first hear the words “Your child has autism” are shocked and dismayed. While we have all heard about autism, many of us have only vague ideas of what the diagnosis means and what can be done to help children and adults lead as normal a life as possible. The truth is that autism, being a spectrum disorder, affects different people in different ways and no two autistic children are exactly alike. There are also many different theories about what causes autism and what can be done to treat it.This makes things very confusing for parents who are struggling to come to terms with what is best for their child. How autistic individuals are affected by the disorder varies widely. People with severe cases display self-injurious, aggressive, and unusual behaviours.

The mildest forms may appear, at least to the layperson, to be a personality disorder, possibly associated with a learning disability. Males are three times more likely to have the disorder than females. Recent studies suggest that some people have a genetic predisposition to autism. Scientists estimate that families with one autistic child have a 5-percent (one in twenty) chance of having a second autistic child. An autistic adult or child might at first appear to be mentally retarded or hard of hearing. But autism caregivers stress that it is important to distinguish autism from other conditions.

Physically, autistic individuals do not appear different from others but exhibit marked differences in behaviour from a very early age. Autism is usually diagnosed in early childhood (before the age of three) and is characterized by a marked unresponsiveness to other people and to the surrounding environment. While most babies love to be held and cuddled, autistic infants appear indifferent to love and affection, or may be overly agitated, crying most of the time they are awake.

Autistic children cannot form attachments to others in the way most children do and seem to withdraw into themselves. Many exhibit various unpredictable and unusual behaviours that can range from constant rocking, feet-pounding, or sitting for long periods of time in total silence. Some experience bursts of hyperactivity that include biting and pounding on their bodies. Traditional Chinese Medicine view Autism as an imbalance of the Heart, Spleen and Kidney with Phlegm accumulation.

Phlegm is not only a pathological factor for the Autistic child but also etiological. In TCM, Autistic individuals suffer from Heart Blood imbalances that inhibit connecting on an emotional level with other persons, including their immediate family. These children often present with digestive anomalies characterized as Spleen Qi Deficiency. As Autism is most often diagnosed before the age of three, TCM recognizes this disorder as having a genetics factors, i.e., Kidney Essence Deficiency.

Contributing factors to the development of Autism in TCM include genetics, digestive weakness, lifestyle, and emotions etc.

Parents often say that their children seemed normal to about one to one and a half years of age at which time they began regressing. This is also the time that children begin to consume a much wider variety of foods. If Spleen Qi is deficient, a person will tend to digest foods poorly and will have a propensity to develop Phlegm. Many of the behaviours associated with Autism are due to Phlegm accumulation. One of the primary pathways for Phlegm development is Deficiency of Spleen Qi.

A discussion of Autism must address the needs of infants at birth. Children are not only born with weak Spleen and Lung Qi, but also with vulnerability of spirit. Traditionally, babies remained at home with the mother and family in quiet environments. Our culture’s propensity to take young infants everywhere, including malls and sports arenas is detrimental to their Vitality. Babies, particularly those who have a propensity to startle easily, should be kept in quiet, peaceful, soothing environments. It is important that an infant not be over-stimulated, as this depletes Heart Qi and Blood.

As Autistic children age, they may exhibit a great deal of frustration due to their inability to communicate. This frustration generates heat and this heat may contribute to more aggressive behaviours. This heat coupled with puberty and its accompanying rise in Yang Qi may lead to seizures. Many Autistic children experience anxiety due to Heart Qi and Blood Deficiency. Spleen Qi Deficiency can lead to obsessive ness and obsessive behaviours weaken Spleen Qi further.

Autism is another of those conditions that has baffled Western Medicine. When you read about this condition you learn much about the symptoms. It affects the ability of people to communicate successfully. It is called a development problem. It is thought that there might be genetic considerations.

TCM will see the cause as some kind lack of balance in the internal harmony of the body. It has it roots in some kind of problem with the natural flow of vital energy through the body. This is the root cause of any condition that causes the human being to deviate from normal health. Therefore, autism and acupuncture are a natural match.

Acupuncture can help restore the balance that will ultimately result in an improvement of the symptoms. Recently, a new form of holistic acupuncture has been developed that has shown good results in the treatment of autism symptoms. A holistic acupuncture form is one where a certain part of the body is thought to contain the entire network of the whole body. In other words, these holistic areas can be miniature maps of the body’s acupuncture points. The ear, hand, and scalp have all been used in this manner.

The new method is tongue acupuncture. The developers of tongue acupuncture admit that the treatment is designed to alleviate symptoms rather than seek a cure. It is effective in calming the child which is a major problem with many autistic patients.

Traditional acupuncture treatments for autism have shown some good results although they do not often suggest complete cures are possible. In some cases, however, it is reported that the patients have improved to such a degree that a fairly normal life is possible. Unfortunately, there is very little in the way of clinical studies that support the claims of acupuncturists on the success of their treatments. There is a need to do more studies and to structure them properly so as to be able to properly evaluate the results.

There are a great many acupuncture points that can be used in treating Autism. In the beginning, it is suggested that only one or two points are used until the child is acclimated to the clinic and the practitioner. After a child is comfortable, eight to ten points can be used in a treatment. Remember that this is a long-term process. It will not usually resolve in a short time. An intensive sixth month to two-year commitment is necessary based on the child’s condition. We have had some children for shorter periods of time, but in order to address deep constitutional changes I suggest a two-year commitment.

The development of Autism is a multi-faceted pathway. There is no direct cause and effect for Autism Spectrum Disorders though there are a set of cofactors that must be present. The external and internal factors can be a source of difficulty, but a major focus in Autism is on the miscellaneous factors. Genetic factors can set the stage but there must be other co-factors in order for Autism to develop. Nutritional and lifestyle factors must be addressed in the treatment plan of the autistic child. The manifestations of Phlegm and the root cause of Phlegm must be elucidated. It is due to the very different pathways by which Autism develops that makes it difficult to assign causality.

TCM treats the constitution and specific needs of the individual, not the disease. With a behaviourally-defined syndrome, such as Autism, such treatment is especially appropriate because the practitioner is able to accurately diagnosis and treats a patient who may be manifesting any number of diverse and seemingly unrelated symptoms.

The foundation for effective treatment in TCM would use a multi-tiered approach that includes synergistic TCM modalities, such as herbal medicine, acupuncture, Tui Na, Qigong, nutrition, and manipulative therapy. This multi-tiered approach should include the intervention with early education treatment that Western medicine recommends. 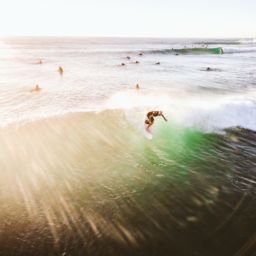 Human Design is a self-verification and empirical way for us to tap into our inner wisdom and to live as the unique beings we all are. 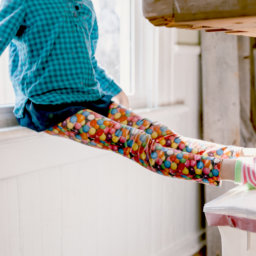 Common Colds : How to Naturally Support Your Child’s Immune System

When your child comes down with a cold, there are many ways to naturally support your child’s immune system. Here’s what a naturopathic doctor says. 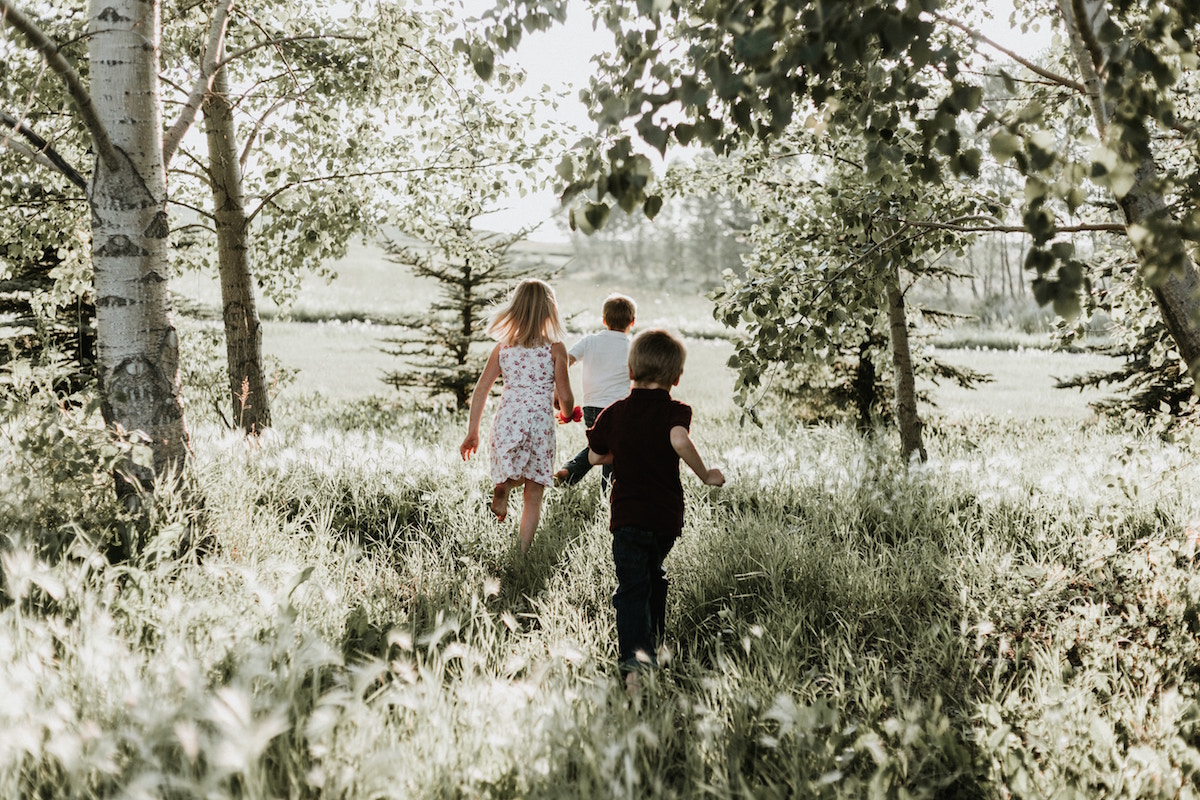 11 Tips for Boosting Your Child’s Immunity, Confidence, and Well-being

Boost your kids’ health + well-being with these simple tips!

You want the best for your baby so let’s go eco-friendly natural and organic! Here is an easy way to make wipes for your babies and children that are all that, and sustainable. [Recipe from Amber Sawyer] 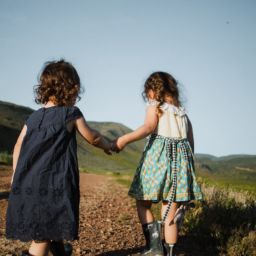 Basic Trust & Being You

In Facets of Unity, AH Almaas discusses the most important factor in having basic trust and why this is essential for transformation. 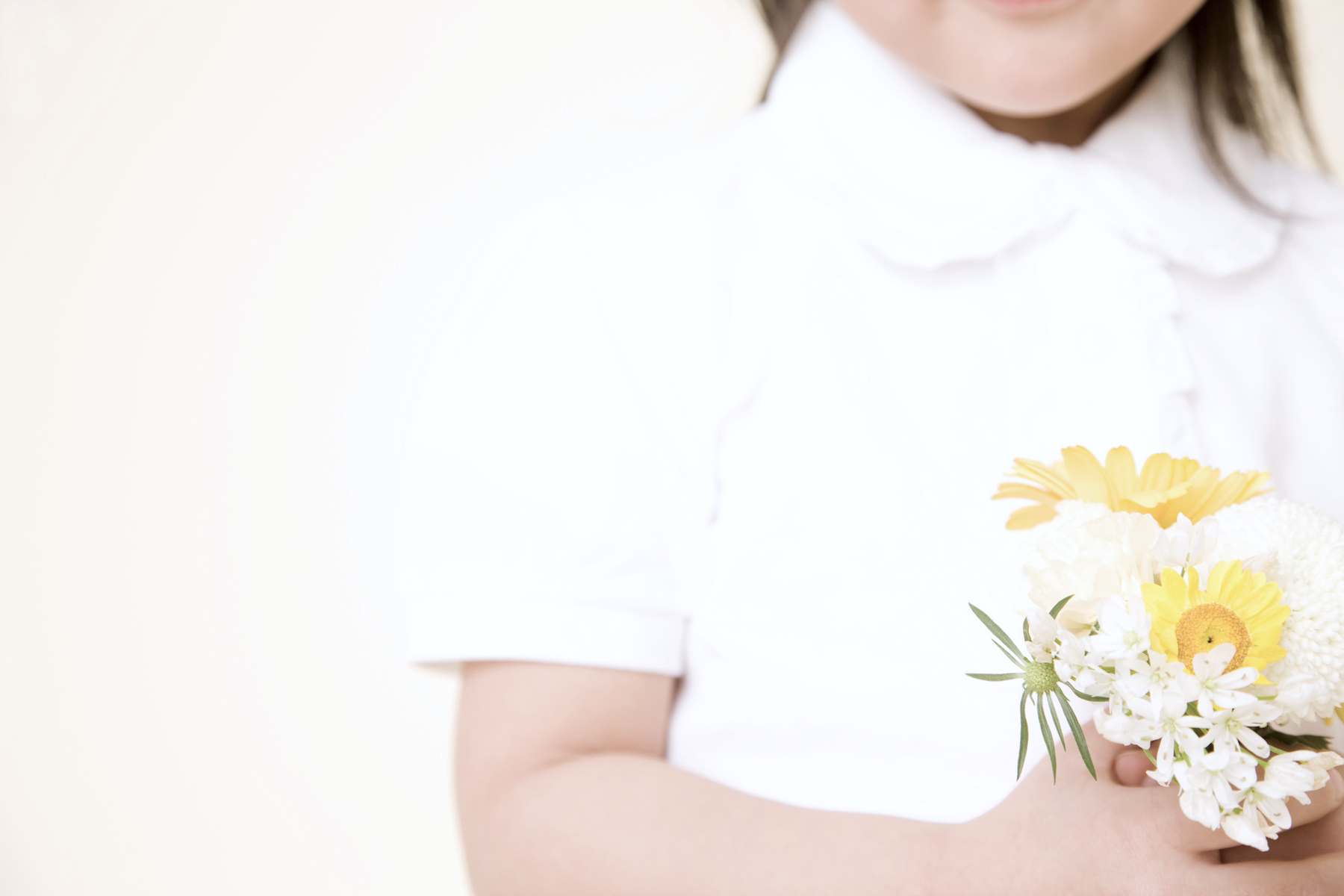 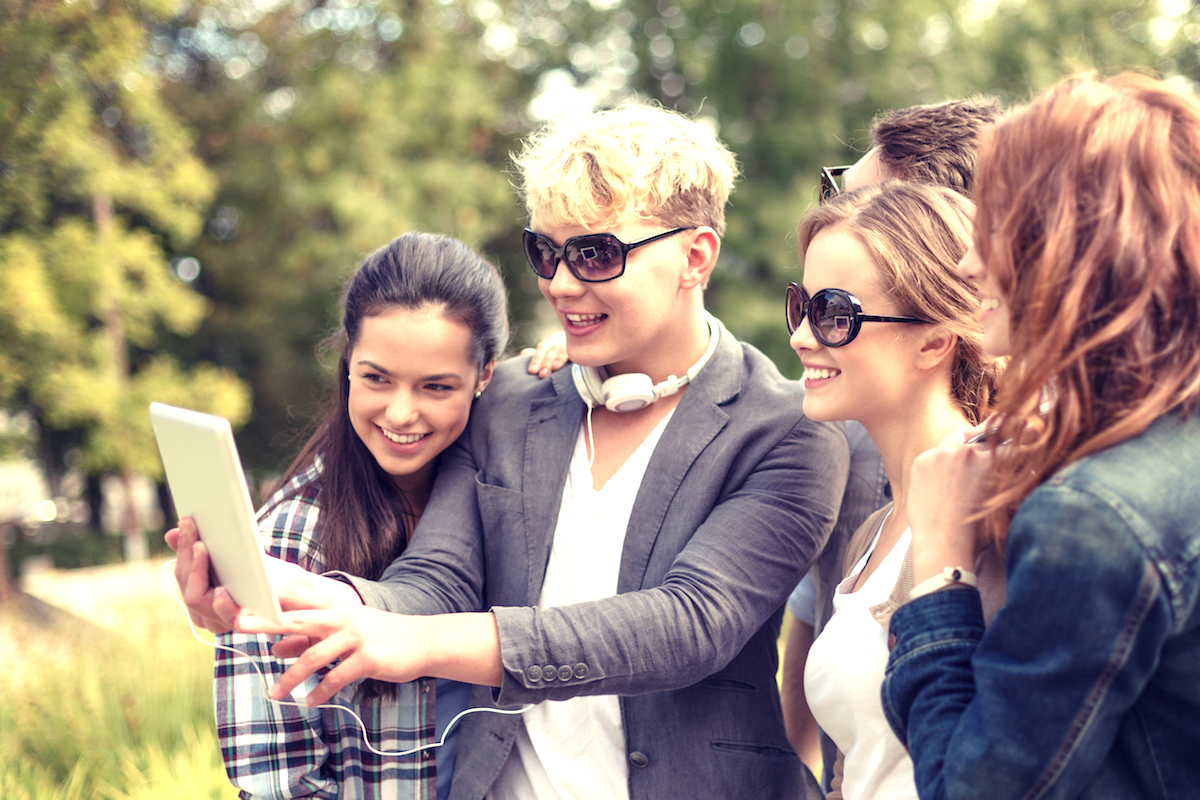 Your teenager is changing in many ways, some unseen like what is happening with the brain. Here are three common questions parents ask and some interesting information.

For NDE researcher and writer PMH Atwater 1982 opened the flood gates. Find out how she sees the different generations of these new children and her tips. 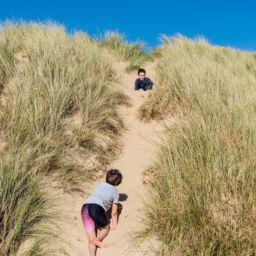 May 5 is a national holiday in Japan. Children’s Day and so in celebrating children, we are looking into ourselves as adults and how we impact the children around us. 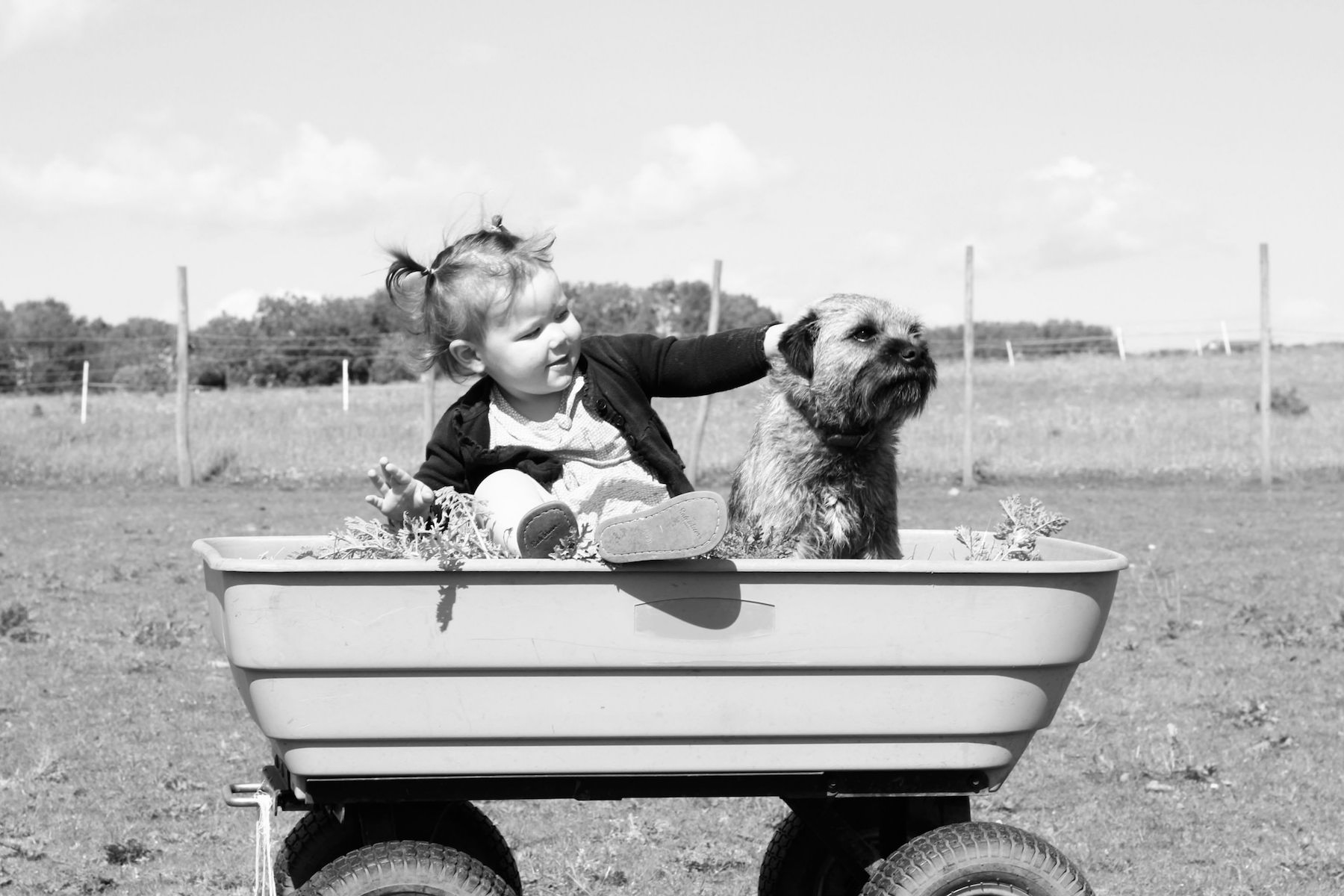 A Take on Vaccinations from a Naturopathic Doctor

Dr Bean focuses on a key part of the vaccination debate, that both sides need to read. 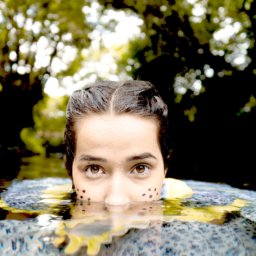 Try these Flower Essences for Fears

Are your fears stopping you from living your best life? Here we look at the flower essences for fear and how they help us release whatever fears we have. 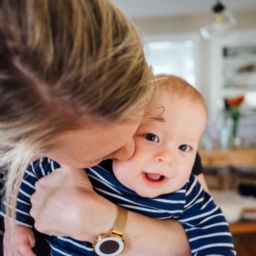 The world is very different today. Discerning what is true for us is essential to navigate and align. Human Design gives parents a tool and language to support their kids. 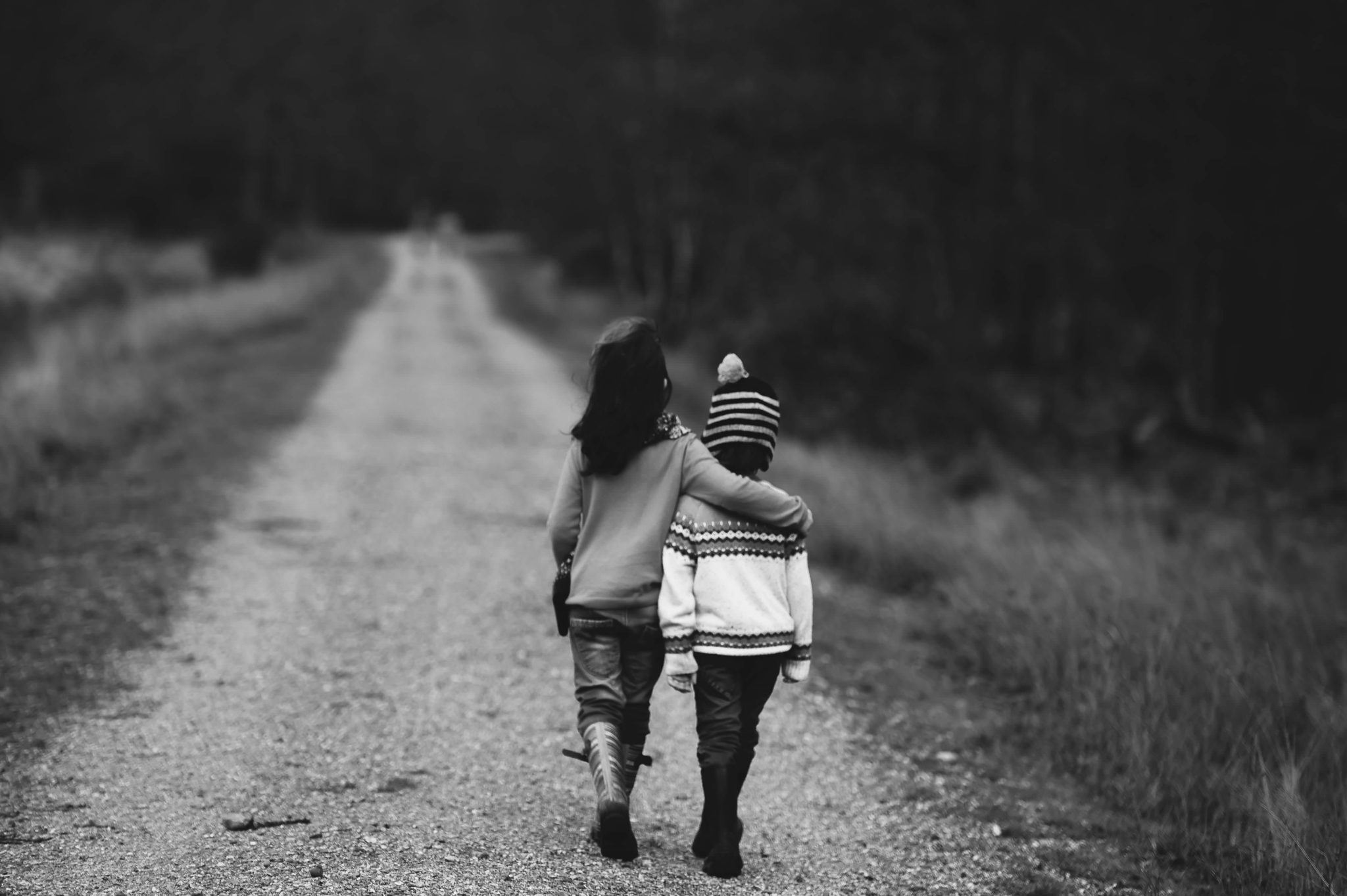 Traditional Chinese Medicine is effective as a preventative medicine for young children. Find out the different ways TCM can help.