Why Jing is King and Queen

The English translation for the Chinese word Jing is “Essence.”

Jing is what distinguishes living beings from inorganic beings.

According to Ted J. Kaptchuk, author of The Web That Has No Weaver, Essence is a kind of “deep, soft, juicy potential inherent in living beings which forms and fills the life-cycle as it unfolds.”

Jing is potential, guidance, and actuality.

It is automatic, autonomous, and inevitable.

While Jing is “soft” it is paradoxically an unstoppable and relentless forward moving power.

① Pre-natal (xian-tian-zhi-jing) or Congenital Essence
This is inherited from the parents. It is unique and determines growth patterns. Its quality and quantity are fixed at birth and together with Original Qi, Pre-natal Jing determines an individual’s constitution and make-up.

② Post-natal (hou-tian-zhi-jing)
This second type of Jing is derived from the purified parts of ingested food. It contains physical, emotional, and mental stimulation derived from the individual’s environment. This type can modify Pre-natal Jing. Together they compose the overall Essence of an individual.

Pre-natal Jing is full at puberty and declines steadily o'[;;;;;;;ver time. Physically this decline is represented as the aging process. Jing is also responsible for the development of the deepest awareness and wisdom. 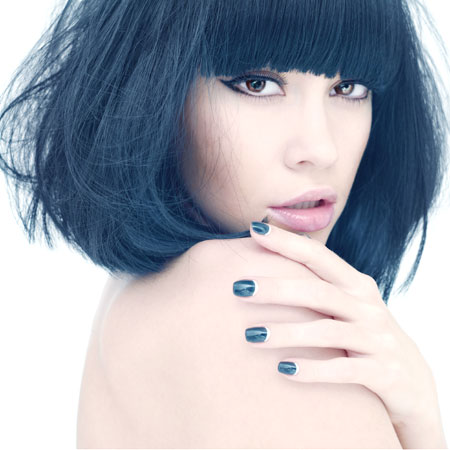 In relation to each other, Qi is Yang (masculine) and Jing is Yin (feminine). They are mutually dependent and both have to do with movement.

Qi (simplistically understood) has to do with dynamic movement of ordinary time. It flows with the external and physical aspects of movement – Yang.

Jing is dark, moist, and warm. It is the inner essence of growth, maturation, and decline.

Qi emerges out of Jing, since Pre-natal Jing is “The Root of Life.” Qi helps transform food and environmental stimulation into Post-natal Jing, thereby maintaining and expanding Pre-natal Jing.

In relation to blood, however, Jing is the more active, or Yang in nature. Blood is tied to everyday cyclic processes of nourishment and repair; while Jing is tied to long-range development.

Blood may be seen as the more static in time, presiding over repetitive cycles, while Jing is the fluid that moves through time and history – “the foundation of reproduction, growth, ripening and decay.”

Jing is stored in the Water Element’s Yin organs, the Kidneys. The whole body, including all the organs, needs this energy. The foundation of each organ’s Yin and Yang, or life activity, depends on the Yin and Yang of the kidneys. “Thus the Kidneys are the ‘Root of Life.’ (Kaptchuk) “The Kidneys are the mansion of Fire and Water, the residence of Yin and Yang…the channel of death and life.” (Zhang Jie-Bing, “Illustrated Wing to the Classic Of Categories”)

The body’s organs can all be categorized as either Yin or Yang, but within each organ there is a supportive and nourishing Yin aspect and a dynamic Yang aspect. Essence can be thought of as coming before both Yin and Yang but its soft, unhurried, and unfolding nature make it also Yin. And within that Yin, there is also a Yin and Yang differentiation.

Conception is possible because of the power of Essence, or Jing. Growth to maturity is the blossoming of Essence. Old age reflects the physical decline of Essence.

Disharmonies may be seen in improper maturation, sexual dysfunction, impotence, infertility, fluid retention, kidney stones, ungraceful aging, and the incapacity to be self-reflective with maturation.

Aging is seen as a normal process.

If it is premature, or lacks the “dignity of a sense of completion,” then it may be seen as a Kidney Jing irregularity.

Water refers to all the moisture in the body. This element is thought of as the opposite to the force of Fire. It is the Yin to Fire’s Yang. The Kidneys rule Water because of their Yang aspect, Fire. This Fire transforms Water into “mist” which is a necessary step before.

Fluids are able to circulate. “Water in the body depends on the vaporization power of the Kidneys.” (Kaptchuk) The Spleen also vaporizes water but its power to do so is ultimately dependent on the Kidney Fire.

The Water Element is key to:

Jennifer Harper in her book Nine Ways to Body Wisdom presents the following as a summary of the Traditional Chinese interpretation of the Water Element:

Physiological functions of the Kidneys include:

OTHER FUNCTIONS OF THE KIDNEYS INCLUDE:

Physiological functions of the Bladder include:

Other functions of the Bladder include:

There are many indicators of out-of-balance Water Element/Kidneys and Bladder energy which in turn drain Jing.

Physical indicators of a possible Water Element imbalance include:

Helping the Jing and Water Element

Here are some simple ways to help support the Water Element and Jing. More can be found in Nine Ways To Body Wisdom:

Try these Affirmations to strengthen

Virginia Ball / About Author
Virginia is an intuitive astrologer with a diverse background in wellness modalities. A mother of two young boys, she is always looking for ways to incorporate healthy eating and a healthy attitude into her family life. She currently lives in Munich and enjoys how natural and organic it is. She loves, for example, including wild edibles into her diet.
More posts by Virginia Ball