Anger is associated with the liver. Plus resentment, frustration, and irritability. Feeling red these days? Time for a liver detox.

It is not that these emotions are “bad”. All emotions are valid and need to be felt, understood, and processed. Their repression or the inability to express appropriate emotions creates energetic blockages and health problems.

Harbouring emotions over extended periods of time, for example, can imbalance the body’s organs. For anger, it is the liver.

We can better understand the energy of the Liver by remembering that the element of Liver is wood and the season is spring. It is an energy that is expansive and growing. Natural and unimpeded, like the unhindered expression of emotions. When constrained or blocked, outbursts of anger, irritability, and frustration result.

(check out the organ clock to see if your liver may be imbalanced as well!)

Anger is a sensitivity to others but can also be an especially potent foundation for human kindness.2

Blood and Qi are the yin and yang of life. The saying “Qi is the commander of the Blood…Blood is the mother of Qi” 1 shows their interconnectedness. When Qi is stagnated, the circulation of Blood, which includes blood and bodily fluids, is affected.

This yin-yang balance shows up in how we create and maintain boundaries, how we deal with other people, how we perceive ourselves. The Liver Blood and Qi are interesting concepts essential to one’s boundaries, tolerance/acceptance of pain, and the emotion of anger.

What does Qi mean?

Qi is a fundamental concept in TCM and yet it is difficult to fully grasp. Often called the life force, Qi is more nuanced than suggested.

Ted J. Kaptchuk in his book The Web that Has No Weaver devotes a number of pages to Qi, writing “in a single syllable, the word Qi proclaims one of the deepest root intuitions of Chinese civilisation”3 and continues with “Qi is the thread connecting all being.

Qi is the common denominator of all things – from mineral to human.

Qi allow any phenomenon to maintain its cohesiveness, grow, and transform into other forms.”3

It comes from Prenatal Qi, from parents, Grain Qi, from food, and Natural Air Qi, from the air we breathe and once created, becomes different forms of Qi with its own functions, such as Organ Qi and Nutritive Qi. Qi can become deficient or stagnant, forms of disharmonies that affect a person’s well-being.

The Liver is “responsible for softening the Qi and ensuring that the Qi’s dynamic strength is not too tense, restless, and awkward.” 4 Because the Liver’s Qi affects the entire body’s Qi, Liver Qi is therefore important to overall health and well-being.

The most common form of Liver disharmony is probably Stagnant Qi, when the Qi becomes blocked and stuck somewhere in the body. “The sensation of pain is its most common physical characteristic, and the feeling of frustration or being blocked is its most common psychological sign. Constrained Liver Qi is like feeling a wall in the pathway of movement.” 5 Other symptoms include depression and in the case of Deficient Qi, indecisiveness.

Qi imbalance starts with “excess heat” and can become “empty heat”. Red eyes, dry mouth, uncontrolled anger, and aggression are some symptoms of this upward moving Qi of “excess heat”. All patterns are correlated and not so easily discerned clinically. It takes an experienced practitioner to decipher the symptoms for proper treatment. What we can do is observe how we feel in our body, including poor digestion, and how we feel psychologically, and note any changes.

Have you been feeling hampered or on edge? Are you easily annoyed by others?
Or do you believe that life would be so much better once people stop making it difficult? 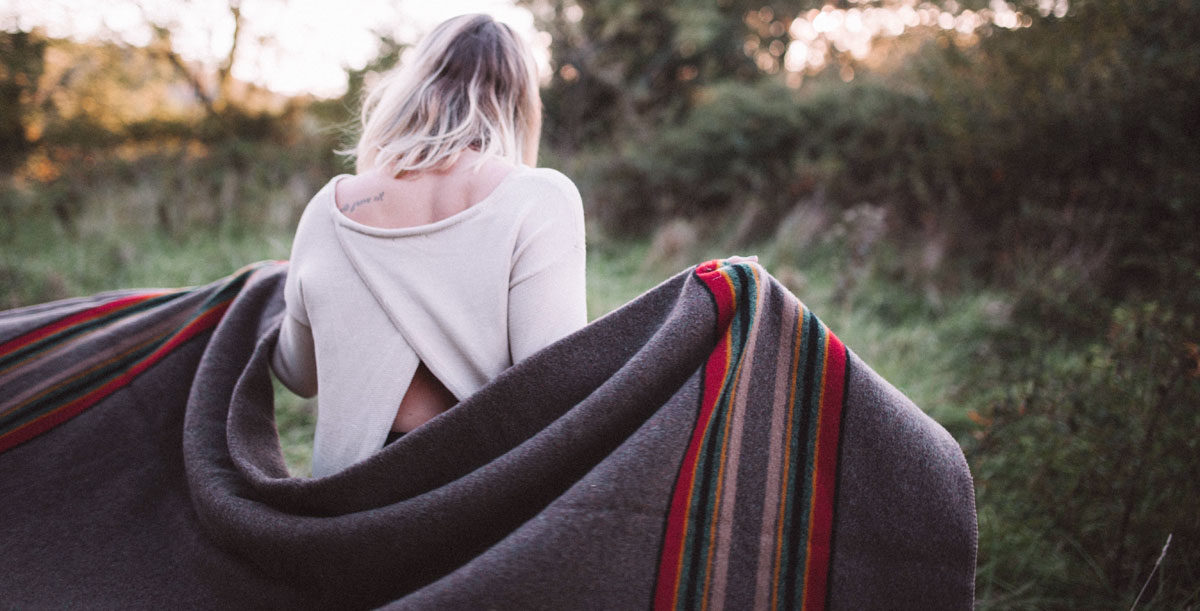 “The Liver’s Blood is responsible for basic repose, unhurried cynical movements, a gentle milieu, the absence of a need to go anywhere, and the easy sense of self-acknowledgement. The Liver’s Blood softens, moistens, and relaxes.

Liver’s Blood provides for capacity to feel and experience pain, which is unavoidable and Blood allows for its acceptance. Liver’s Blood creates tolerance and “more room” for the limitations and boundaries imposed on human existence.”6

When the eyes are nourished by Liver Blood, a person is able to distinguish and see the five colours – white, yellow, red, blue-green, and black. This person has proper eyesight and vision.

Deficient Liver Blood can show up as spots or poor vision, pale fingernails, irregular periods and “through Non-Corporeal Soul, might hinder a person from having an easy self-acceptance, self worth, and self esteem” or a person who is kind to others but not to themselves.7

A lack of warming foods can lead to inadequate blood and women are more prone at puberty, after childbirth and even after their period.

The Hun has to do with good deeds and kindness, the virtue ren. It is also described as the ethereal consciousness that can travel to interact with other souls.

Anger sets your boundaries by walking the perimeter of your psyche and keeping an eye on you, the people around you, and your environment.

If your boundaries are broken (through the insensitivity of others, or in any other way), anger comes forward to restore your sense of strength and separateness.

A healthy hun allows a person to see beyond the small picture and transcend selfishness to tap into compassion for others and oneself. A person is able to feel worthy and kind, and not “foster envy, jealousy, and inappropriate hatred.” 9 It is believed that anger dries the blood and dissipates the hun.10

The Liver’s Blood and Hun affect a person’s ability to “stay soft” while experiencing pain, for it to be more tolerable. By making room for it, rather than resisting it, a person is able to endure pain and suffering. A diminished capacity can mean that a person becomes insensitive to his own suffering and that of others. This insensitivity is fertile ground for cruelty and belligerence.

What to do with Liver Imbalance

Nourishing the liver first of all means to refrain from anger. This is the key for the maintenance of good health.12

Working with the root cause, while ameliorating symptoms, is necessary to enjoy true wellness. The human body is complex and often we do need to see a skilled practitioner who can prescribe appropriate therapy and treatment. Does the Liver Fire need to be calmed? Does the flow of Qi need to be restored? Is there too much or not enough heat?

Our health is up to us.

Since the liver is the primary organ for detox, we can follow a balanced lifestyle that does not burden the liver with toxins (pesticides, parabens, anger, stress). Drinking plenty of clean filtered water, eating a well-balanced diet, sleeping well and sufficiently, moving through exercise, walking, dancing, etc, improving emotional intelligence, and having an effective stress management practice are some key points to incorporate.

(Strenuous and fast exercises are not recommended for those with liver imbalance. Try yoga or tai chi outdoors in the green, colour for the Liver.)

Self knowledge and observation are essential skills. We can build our awareness of how we feel, including any possible repression of emotions. If we are habitually angry or are suddenly feeling edgy and quick to explode emotionally, it is a good chance that our liver may be out of balance. We may have an angry liver.

According to Jin Shin Jyutsu, the Liver Function Energy “forms and sustains the liver, is important for the free flow of fluids and emotions, fosters creative development and intuition, and lends determination and flexibility.”13 It detoxifies the body, supports seeing without prejudices, helps the person to dream and have visions.

Hold your middle fingers or

Place your left hand on the left occipital bone and your right hand on your right collarbone. Switch hands.

Use the mantra “I live my creativity”. 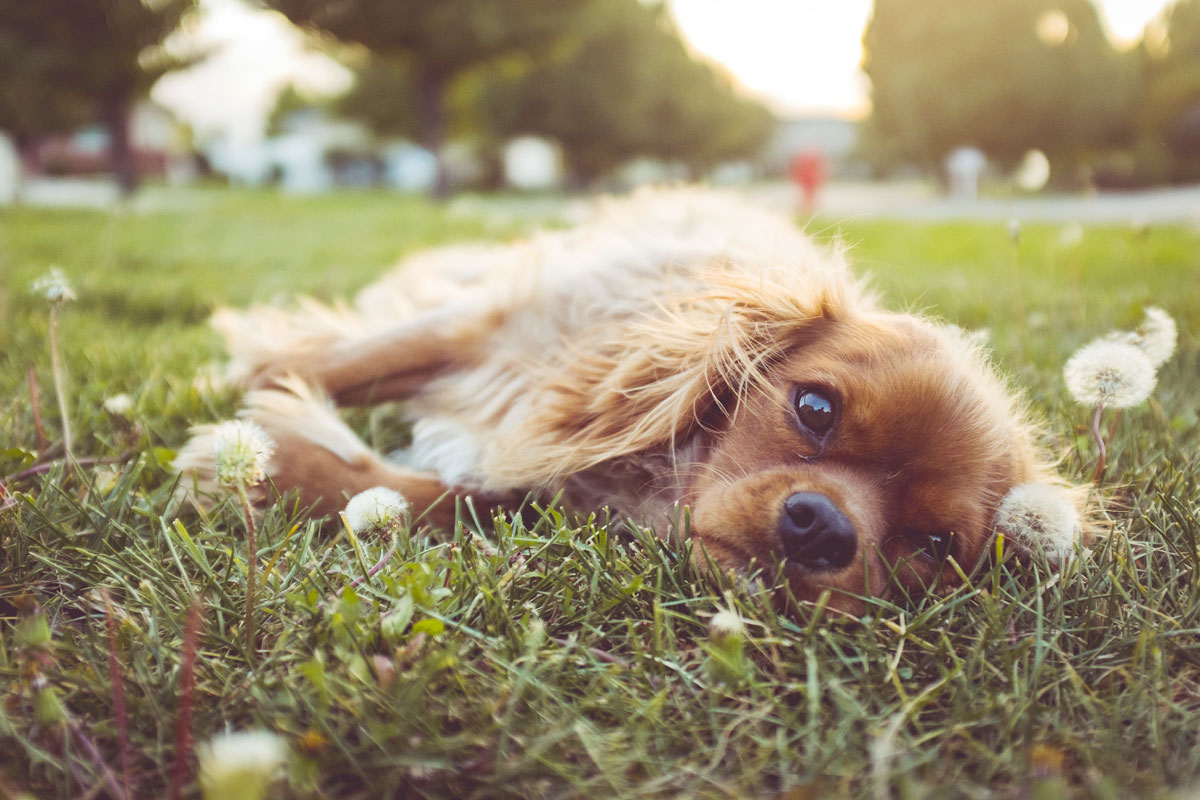 According to a study that looked at supplementing the diet for rats with a 10% concentration of celery leaves, chicory, and barley each found a decrease the serum level of liver enzymes and blood lipids.14 Fish oil and vitamin E also had positive effect on liver regeneration in rats.15

Dandelions are powerful medicinal herbs and fantastic for our health. A key herb for the liver, the entire dandelion can be eaten raw or taken as a tea. Bitters, such as dandelion, improve digestion and increase production and secretion of bile which helps the metabolism of fats. It is a great liver tonic. According to Dr Axe, one cup of dandelion greens consists of 42 mg sodium, 218 mg potassium, 7% dietary fibre, 535% Vitamin K, 111 % Vitamin A, 32% Vitamin C, 5% Vitamin B6, and 10% calcium (% daily value).16

Dandelions are perennial. Wild forage dandelions in clean environments, free of pesticides and other chemicals.  You can collect seeds from the puff balls at the end of the summer and harvest the roots in autumn, after first frost. The freshly dug up dandelion roots can be cleaned and dried in the oven then simmer it to make tea.

Try peppermint tea or cooking with turmeric. Drinking warm water with lemon in the morning is also supportive of the liver and in the general rehydration after a night’s sleep.

Liver imbalance can come from “excess heat”, from the overconsumption of warming foods such as meats, friend foods, and alcohol. When symptoms of angry liver manifest, increase the herbs mentioned above and decrease these heaty foods.

Do remember that anger can imbalance the liver and a congested or sluggish liver can manifest as rage, irritability, and edginess.